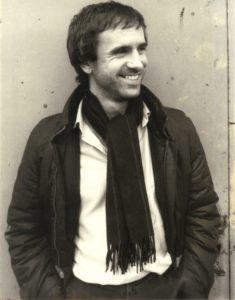 Ian started playing guitar at 8 years of age.
He performed his first concerts several months later forming a Trio with two girls – the Trio was called “The Beaubells”. The Beaubells played at Christmas concerts for companies like Timex and NCR – giving Ian his first experience of the larger audience.

Ian developed his guitar playing skills and ” went solo” playing with popular Beat Bands of the day and even appeared on the same bill with Tony Rivers & The Castaways, plus other top name bands. Appearing in front of thousands of people, (with his Beatles suit and electric guitar) he was still only 9 nine years old.

Several high-school bands awoke Ian´s love of the bass guitar – encouraged by a healthy stream of influence from The Beatles, Jimi Hendrix, The Moody Blues, and the musical embassador´s of that time.

Our hero moved to London in 1973 and after answering an advert in the British Melody Maker weekly newspaper, (vocalist wanted) he was off to Germany to join The Tornado´s – a 9-piece pop band working the local scene. 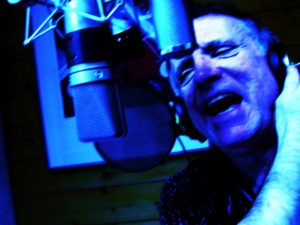 1975 showed his first break into the international music scene with the massive disco hit: “Shame Shame Shame” by Linda & The Funky Boy´s (Ian was the “funky boy”) which sold 6 million singles and went Top 5 almost everywhere throughout Europe. Two further hits ensued – “Sold My Rock N Roll” went top 5 in the British charts in 1976, as did “Climbing The Steps Of Love”.

Ian has written several hit´s for other artists including a European top seller for New Baccara called: “Call Me Up” which went Top 5 throughout Europe.

He sang on cult Single and Cinema promotion songs like: “Like Ice In The Sunshine” (becoming a cult hit for Langnese ice-cream) and RAM Pietsch plays The Beatles which sold three hundred thousand CD´s in Germany alone…

Ian also had a smash hit as the vocal lead together with rapper Marky Mark with the song: “No Mercy”. Marky Mark is of course, the Hollywood star Mark Wahlberg appearing in such block-buster´s as Martin Scorsese movie “The Departed” & “Planet Of The Apes”.

Ian Cussick is well kown in the industry for his superlative vocal talent and is revered by such names as: Huey Lewis (and the News) – Steve Perry (Journey) – Bobby Kimball (TOTO) – Nik Kershaw – Sir Cliff Richard – and many more too numerous to mention.

He is at present collaborating with Dutch writer, multi-instrumentalist & producer Nick Oosterhuis.